The Grand Mosque of Rantepao in North Tana Toraja Regency 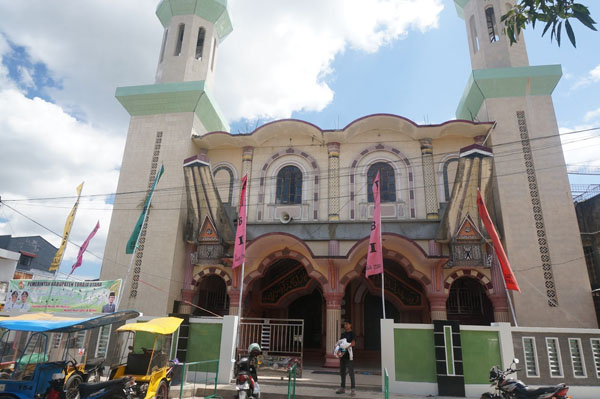 Apart from cultural and natural tourism, Tana Toraja Regency also holds great religious tourism. One of the best choices is Rantepao Grand Mosque. The location is in North Tana Toraja. Apart from being a place for worshipping, the mosque attracts tourists due to its beautiful design. It is also located in the roadside. That means tourists can easily reach the mosque regardless of where they come from. Even though travelers are allowed to enter the mosque, the keeper may tell you some rules. It is because the mosque is sacred and clean.

The Nuance
The best feature in Rantepao Grand Mosque is the formation of doors. In fact, they are the biggest among other mosques in North Tana Toraja Regency. In terms of shape, it represents Tana Toraja Culture. Some parts of the mosque apply characteristics of Tongkonan or a traditional house of Tana Toraja. In the terrace of the mosque, you can find the roofs of Tongkonan. Also, these feature the Arabic calligraphies of Allah and Mohamed. Overall, the architecture of the mosque is quite stunning.

Exploring Grand Mosque of Rantepao
There were several renovations back then. No wonder, the building becomes more beautiful over time. The two Tongkonan structures located in front of the mosque. They become the primary features of the mosque. Not to mention they become an aesthetic symbol of the building. Today, the mosque holds numerous types of functions to the locals. Apart from being a place for worshipping, it becomes a tourist spot for some visitors. Here is the fact. You can’t find such kind of design in other regions.

Due to its strategic location, the mosque is quite reachable. Everyone can reach it regardless of the location. Not to mention it is noticeable. The architecture is antique and it has been built since 1950. According to the locals, there was a prohibition regarding the renovation of the mosque. Fortunately, it went well. Today, people in Toraja consider Rantepao Grand Mosque as the symbol of harmony. In some ways, it gives a peaceful and comfortable nuance to the residents of Rantepao.

It is possible to take some pictures of the mosque using your camera. However, it is better not to use your camera inside. Make sure not to disturb the worshipping procession. Apart from photography, visitors can enjoy beautiful carving of the mosque. For instance, there is pa’kapu’ baka. It contains a meaning, for sure. This carving means peace. All people should live in harmony and peaceful manner.

How to Get There
As the name suggests, the mosque is situated in Rantepao City. Usually, travelers come from Makassar City. From this location, the distance is 344 km and it takes about 8-9 hours. For a faster trip, you should take Poros Barru – Makassar Street. It may take longer if you come from other provinces. For example, people from Jakarta should take an airplane to reach Sultan Hasanuddin Airport in Makassar City. Next, they can simply head to Rantepao City using a taxi.