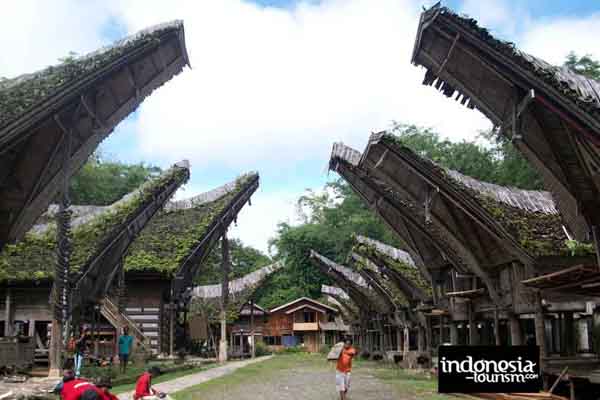 One of the best things to do in Tana Toraja Regency is to learn the local culture. Here is a recommended village to visit. The name is Sangalla Village. Like other villages in Tana Toraja, it has many beautiful ornaments and traditions. For example, there are Tongkonan and Rambu Solo. Apart from these attractions, visitors can also learn interesting history of the village. It is because the villagers may tell you a little bit about their culture and the story of Sangalla.

The Nuance
Tongkonan or Tana Toraja traditional houses are the most important feature in Sangalla Village. However, their appearance is duller than other villages. It is because the village is considered older than the others, as well. During a special moment, the villagers gather in the midst of the village and perform a traditional ceremony. They wear traditional clothes, as well. Only old people wear more attractive clothes during such ceremony. What about the description of the village? It is situated near to nature attractions. That means the atmosphere is quite chilling.

Exploring Sangalla Village
Visitors have an opportunity to get along with the villagers. People in Sangalla are mostly friendly. Some of them may tell you about the story of Sangalla Village. For example, it is about the name. Sang means “one” and Alla means “middle”. In a nutshell, it is the one among the two. The village becomes a symbol of peace between different villages. You can learn more about this story from the locals, actually. For a better communication, you need to hire a tour guide.

The next place to explore is Suaya. It is a burial site for the kings of Sangalla. The locals bury the corpses in the wall of a stone wall. They make a hole and insert the dead body inside it. Next, they put a statue near to it. Not to mention they put some clothes on such statue. In terms of height, these holes are indeed tall. If you come at the right time, you may see some villagers coming to this location. They come for pilgrimage.

Another interesting spot in Sangalla Village is Tampang Allo burial site. It is created especially for the noblemen. Despite the creepy atmosphere, this location is quite attractive for tourists. Usually, visitors take some pictures of the burial site. Some of them even give a prayer to some of the tombstones. It is because they consider it a holy place. At night, this place becomes creepier and colder. Thus, the best time to visit it is at noon.

How to Get There
Sangalla Village belongs to Tana Toraja Regency, South Sulawesi. From Makassar, the trip takes about 7 hours and 30 minutes. It can be either faster or slower as it depends on the type of vehicle you are using. Here is a tip for travelers. The best route to take is Poros Barru-Makassar Street. At least, you can save several minutes. The most recommended type of transportation is a taxi, actually. 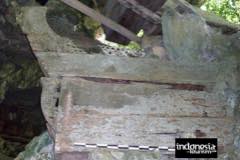 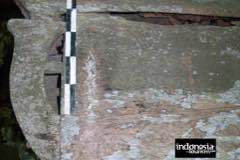 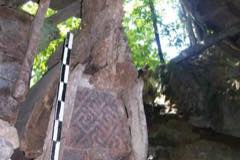 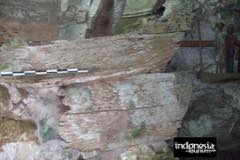